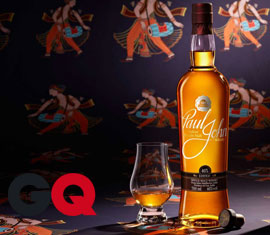 FIVE MADE-IN-INDIA ALCOHOL BRANDS THAT ARE FAMOUS INTERNATIONALLY. Including the country's first premium rum that donates 10% of its profits to tiger conservation in India.

Amrut isn’t the only made-in-India whisky that’s conquering liquor markets across the globe. In 2012, the Goa-based John Distilleries joined the new world whisky revolution when it launched the whisky brand in London and entered Indian shelves three years later in 2015. Crafted in Goa, the whisky dubbed ‘The Great Indian Single Malt’ was recently awarded the 2016 Liquid Gold Award by Jim Murray’s Whisky Bible after accumulating a number of international awards including previously bagging the Whisky Bible title in the 2013 and 2014 editions. The single malt, made from barley procured from North India, claims to use only Indian ingredients (barley, water and yeast).