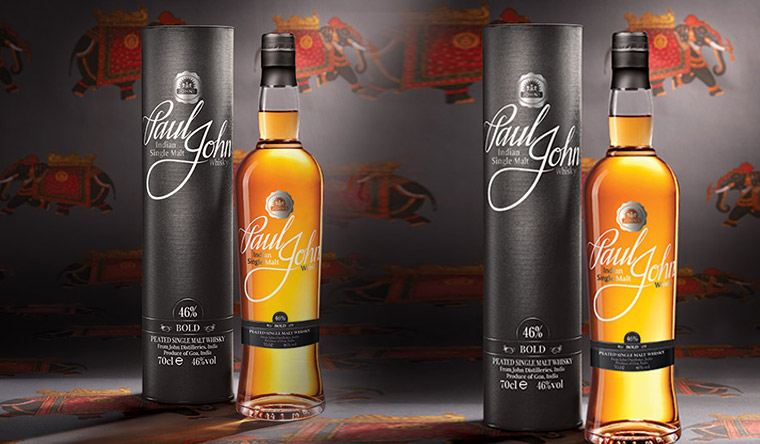 It’s a pleasant surprise to realise that in the past few years, there have been so many promising Indian brands to have emerged in the alcobev space. Another in this fast growing list is Paul John Single Malt, started by the eponymous Paul John of John Distillers. Paul’s travels across the world and a short stay in the USA, led him to explore the world of wine and single malt, with a particular passion for the latter. The thought planted in his head, it took him along with Michael D’Souza, Paul’s master distiller 10 years to launch his first whisky.

Although John Distillers is headquartered in Bengaluru, they make their single malt in Goa, where the climate is much less equable. For whisky, maturation is key, and a wide temperature variance is not beneficial for the spirit. The flip side is that the whisky matures faster in hot weather. With this comes a higher loss of whisky via evaporation from the barrel, a phenomenon known in Scotland as the Angel’s Share. In Scotland, this loss from the barrel is annually around 2 to 3 per cent, compared to Goa, where it is up to 8 per cent.

Paul John is, perhaps, the next single malt to get noticed after Amrut blazed a trail for Indian whisky on the global stage. Unlike Amrut, however, which has a number of variant and accounts perhaps for a perpetual short supply of the whisky, Paul John has chosen to launch with two initial variants, the Brilliance and the Edited. I picked up a bottle of the Paul John Edited in 2014, which clocks in at 46 per cent alcohol by volume, and at 2,600 bucks at the time was well worth the money spent.

Paul John is made from 100 per cent Indian barley and according to Michael, it is superior to what you get in Scotland. Additionally, it is the water that matters, and an important reason for locating the distillery in the beach state. The distillery in Goa is surrounded by mountains, and the water sources are largely underground and from nearby streams.

Michael reveals that he made several trips to Scotland to understand the process and the role played by water before he set up his own distillery. With Paul John, however, they have gone their own way in the process they follow, with a key characteristic being a ‘slow’ distillation process that allows the spirit more time in contact with the copper stills.

The strategy adopted by quite a few premium Indian products of late is to launch their product overseas first, and then in India, and so it was with Paul John, who launched in the UK first, confident that the brand could stand its ground there. Paul John can be found in Singapore, Taiwan, UK, Australia, much of Europe and the USA. This year, they hope to be be available in other markets including Japan, South Korea, Hong Kong and China and South Africa and in many parts of the EU. In India, availability continues to be restricted, but whisky lovers in Mumbai and Delhi should expect to find Paul John stocked in their shops soon.

This year also saw the launch of Paul John Bold, a peated variant. Peat is a natural substance which, when burnt dry, passes on a characteristic smoky flavour to the barley, and thereby to the whisky. That’s one to add to my shopping list when I’m next in Goa or Bengaluru!