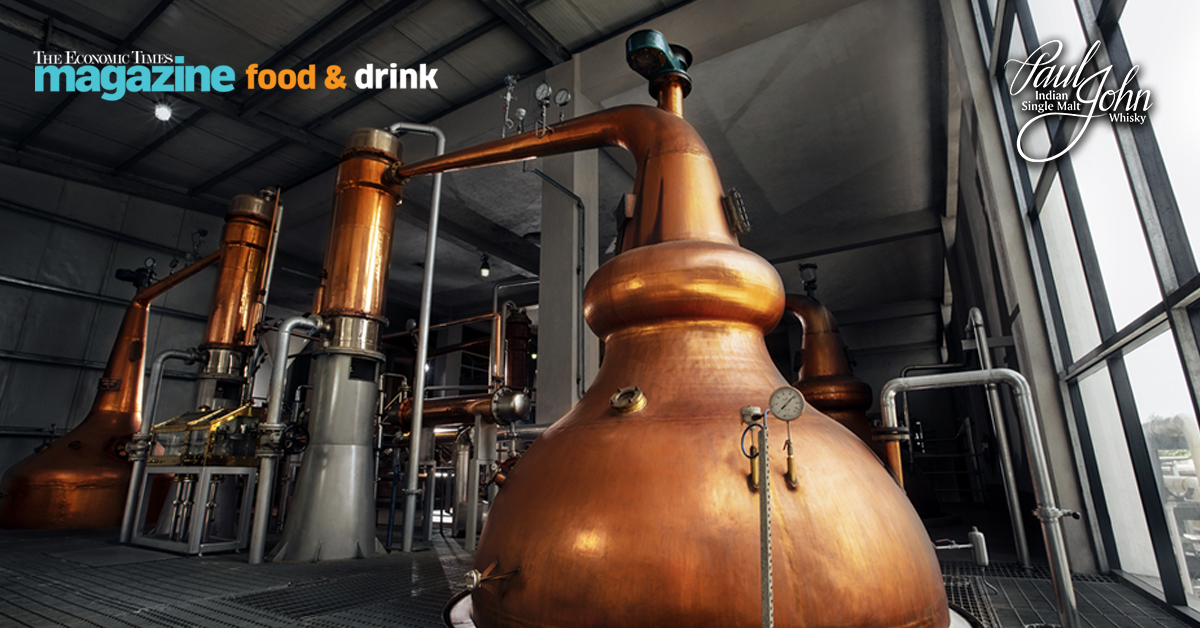 Read the following article on yet another recent achievement for Paul John that was the news that one of Paul John’s limited-edition whiskies named Mithuna has just been recognised as the third finest in the world by Jim Murray’s Whisky Bible 2021.

“It’s good to be ranked by Murray, but we have won over 280 awards internationally”. Said Michael D’Souza, Paul John’s master distiller. Most single malt is bottled at around 46% alcohol, but D’Souza also makes two variants that can only be sold in Goa at just over 55%, with the extra alcohol giving a very different expression to the flavours.

Paul John has a truly impressive building packed to the ceiling with bourbon barrels in which their spirit is maturing. They also have barrels previously used for sherry, port and madeira in which spirits are stored to finish them with some of those flavours said Economic Times