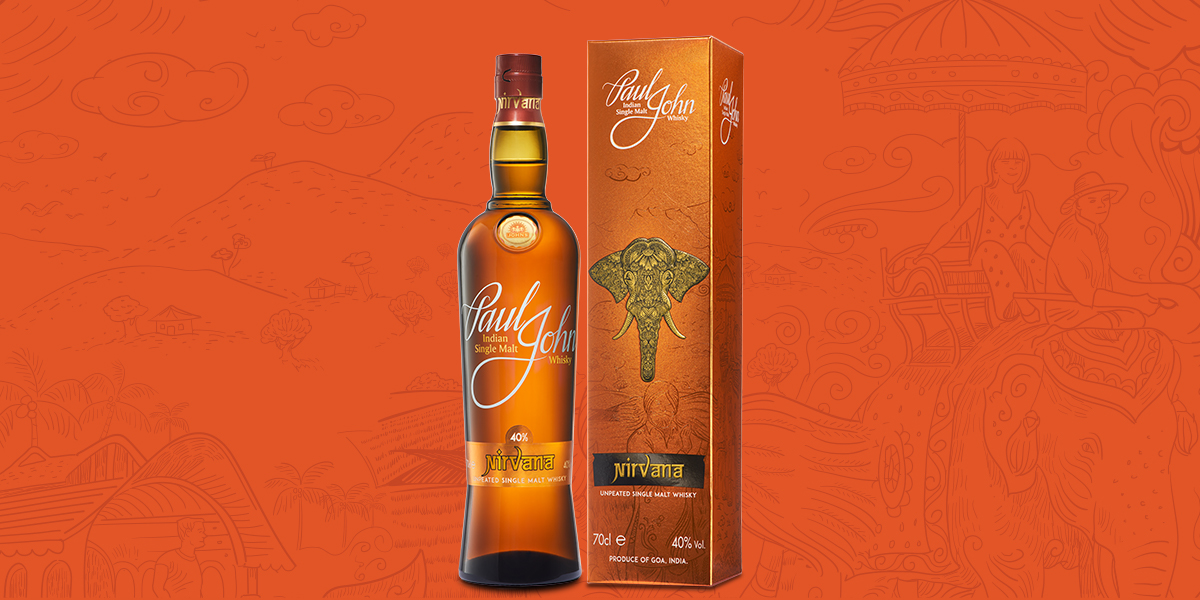 From the Goan shores of India, NIRVANA is an unpeated expression bottled at an ABV of 40  and is created from Indian 6-row barley and matured in charred American oak casks. Every expression of Paul John Whisky including Nirvana do not have any added flavours or colours.

Soft aromas of caramel, bourbon and fruitcake, flavours of succulent vanilla and sweet honeycomb enhance the sublime and honeyed finish. NIRVANA ensures a captivating experience beyond the worldly realm.

Created for those who seek greater heights and who enjoy creating their own paths, Nirvana was aptly named because it is an expression for those who discover happiness in their purpose of being.

‘Nirvana is an expression for those willing and keen to experience single malts, especially for the first time. Its exotic richness is sure to captivate whisky connoisseurs and amateurs equally.’ – Paul P John, Chairman.

NIRVANA is currently available in France, Goa and Maharashtra in India and will soon be available in other countries as well.

Paul John Single Malt Whisky is an award-winning premium single malt whisky from Goa, India. Crafted from six-row barley grown across the vast lands of Rajasthan and the foothills of the Himalayas, this exceptional single malt is aged for a minimum of five years. Carefully crafted during each stage of the whiskey-making process, its sweet and smoky aromatics have made this award-winning whisky a favourite among connoisseurs and whisky lovers around the world. Paul John Single Malts have been rated Liquid Gold and the expression Kanya has won Best Asian Whisky Award 2018 by Jim Murray, Whisky Bible. Paul John Single Malts recently launched the Mars Orbiter, to commemorate the historical Mars Orbiter Mission by India.